Irish Continental Group (ICG) is the leading Irish-based maritime transport group. We carry passengers and cars, Roll on Roll off (RoRo) freight and Container Lift on Lift off (LoLo) freight, on routes between Ireland, Britain and Continental Europe. We also operate container terminals in the ports of Dublin and Belfast. The Group also carries out ship chartering activities.

Modern fleet of multi-purpose ferries and LoLo container vessels operating between Ireland, Britain and Continental Europe, and on charter.

Container shipping services between Ireland and Continental Europe, operating modern fleet and equipment, as well as stevedoring and related services for container traffic at Dublin and Belfast Ports.

The Group operates under the below brands 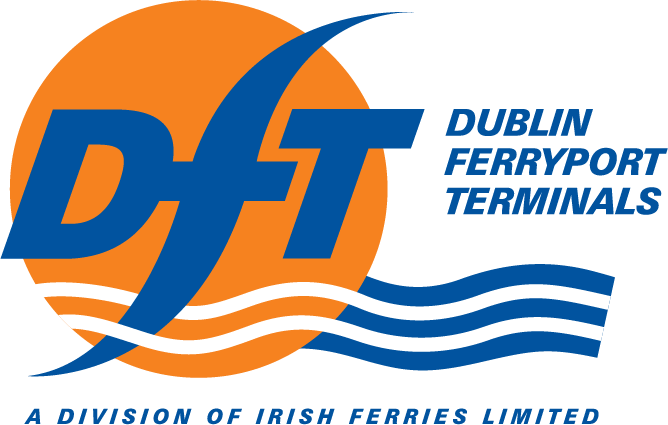 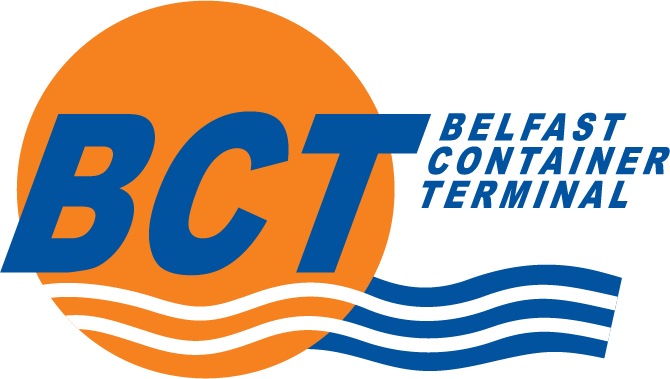 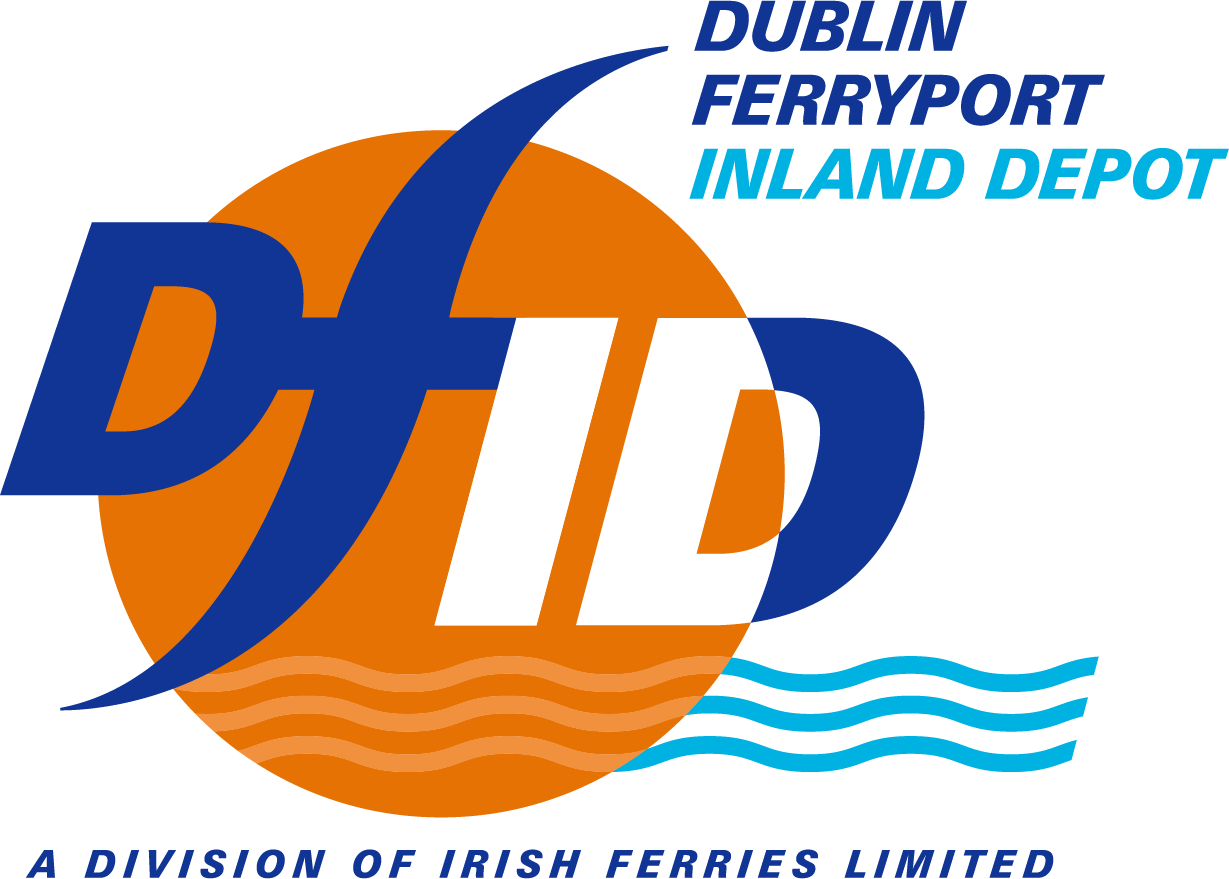 Irish Continental Group is a customer focused business with a pivotal position in the logistics chain facilitating Ireland’s international trade and tourism.

Reliability underpinned by major investment in tonnage and maintenance of quality assets ensuring the high levels of schedule integrity demanded by our customers.

Always on, always in touch, our shipping and terminal services operate 24/7, assisted by investment in modern booking and tracking systems to ensure our customers can keep in touch over a variety of platforms.

Fastest crossing on the Irish sea on board the Irish Ferries Dublin Swift fastcraft service with a sailing time of two hours between Dublin and Holyhead at speeds of up to 65 kph.

Key contributor to regional tourism in all countries we offer services, Irish Ferries carried 667,800 passengers and 203,600 cars during 2021 with research indicating that car tourists stay longer and travel outside the main urban centres.

Irish Continental Group was formed (as Irish Continental Line) as an Irish/Scandinavian joint venture in 1972 in order to provide a direct ferry link from Ireland to Continental Europe. This link was inaugurated in 1973 with the then newly-built St. Patrick on the route between Rosslare and Le Havre. 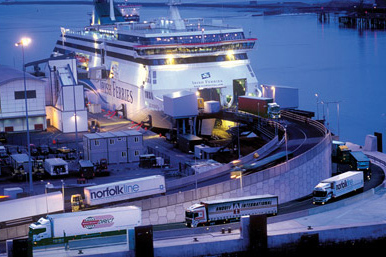 In 1987 following the receivership of the Irish Government owned Irish Shipping, Irish Continental Line was acquired by a group of investors and in 1988 was listed on the Irish Stock Exchange, smaller companies market changing its name to Irish Continental Group plc. The Company at that time operated three vessels, the Saint Patrick II and Saint Killian on the Rosslare to Cherbourg and Le Havre routes under the Irish Ferries brand and the St. Colum on the Belfast to Liverpool route under the Belfast Ferries brand. Due to unsustainable operating losses the Belfast Ferries operations ceased in 1991 and the St. Colum was sold.

In 1992 the Group further increased the scale of its operations through the acquisition of B&I Line, then owned by the Irish Government. B&I Line itself had a history extending back to 1836. This broadened the Group’s activities to include the short sea links with the United Kingdom, Ireland’s largest trading partner, and also extended the Group’s operations into container transport and port operations. The Group divided its operations into two divisions, the Ferries Division and Container and Terminal Division.

The acquisition of B&I Line, rebranded as Irish Ferries, was the impetus for the commencement of a €500 million investment on Irish Sea services in the period up to 2001 comprising 4 new vessels and underwriting port infrastructure upgrades through long term agreements. Commencing with the delivery of the cruise ferry Isle of Innisfree in 1995, this was followed by the Isle of Inishmore in 1997, the fastcraft Jonathan Swift in 1999 and finally the Ulysses in 2001. The fastcraft offers a six month passenger service on the Dublin – Holyhead route in tandem with the year-round service offered by Ulysses. The division also acquired the Pride of Bilbao in 1993 a night ferry which was chartered externally. The Isle of Innisfree was retired from Irish Ferries service on delivery of the Ulysses and chartered externally, being eventually sold to the charterer in 2017.These vessels substantially increased the freight carrying capacity of the Division and brought economies of scale with each vessel at time of delivery being the largest of its type in North West Europe.

The Division also invested in the Ireland France ferry services, rationalising the two vessel service between Ireland and France into a one vessel service with the acquisition of the Normandy in 1998, it being replaced with the Oscar Wilde in 2008.

The Division added an additional vessel to the Dublin – Holyhead service in 2013, the chartered vessel Epsilon, to service Ireland’s growing external trade.

In 2018, the Group replaced the fastcraft Jonathan Swift with the Dublin Swift, a sister vessel acquired in 2016, but with increased car carrying capacity and capacity for small commercial vehicles.

During 2019, the Group replaced the Oscar Wilde with the newly constructed W.B. Yeats representing an investment of over €150 million.

In June 2021, Irish Ferries commenced services on the Dover – Calais route, offering services on the best short sea ferry market in the world. The Isle of Inishmore and Isle of Innisfree currently serve the route with the Isle of Inisheer to be added during 2022. The Blue Star 1 was also chartered-in to operate the Rosslare – Pembroke service.

The Ferries Division also undertakes chartering operations. Since 2017, the Division has acquired eight container vessels five of which it charters intra-group and three externally.

With the acquisition of B&I Line, the Group acquired container shipping and terminal stevedoring operations based at Dublin Port.

The Division has also invested significantly in modernising and expanding the stevedoring operation at Dublin Port. The original ship to shore gantry crane was replaced with three modern units and wharf berthage increased from two to three vessels. The shore side storage has also been modernised utilising a six high storage cell arrangement operated by ten rubber-tyred gantries, four of which are electrically powered and remotely operated, with further electrification comprising five new rubber-tyred gantries expected to be completed during 2022.

In 2006, the Division was successful in being awarded a contract to operate a container stevedoring operation at Belfast Port. In 2015, the Division successfully tendered for the sole concession to operate the consolidated stevedoring operation at Belfast, a contract which now extends to 2026. In partnership with our landlord at the facility, there is a significant investment program underway which includes extensive civil works and the delivery of new electrically powered rubber-tyred gantries similar to those in operation at DFT.

In 2020, the Division was successful in a public tender process to be the first operator in the new Dublin Inland Port. A 20-year lease was signed for this facility, which commenced operations in January 2022. This facility will be used for the remote storage, maintenance and upgrade of empty container boxes, releasing valuable capacity for the handling of containers in the port area.